With 200 panels installed, producing 44kWp, this solar PV installation has been generating about 38,755kWh of energy and saving more than 20 metric tons of carbon dioxide on an annual basis since 9th May 2013. 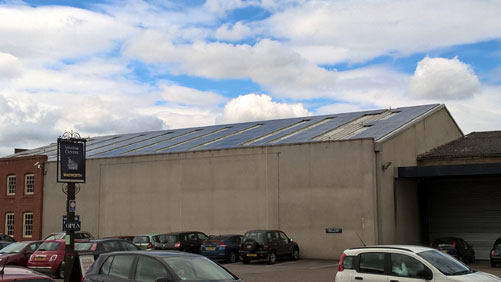 The photo on the left shows the installation in August 2015 after it has been in service for more than 2 years.

As can be seen, there is a sizeable, south(ish) facing, roof area available.

The photo on the left shows the installation from over the road at street level, shortly after completion in May 2013. 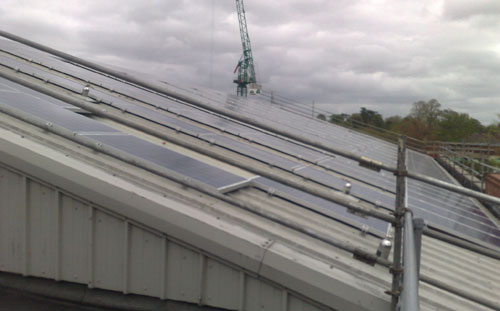 View along the Visitor Centre roof towards the east showing the panels just after installlation.

We didn't use the crane 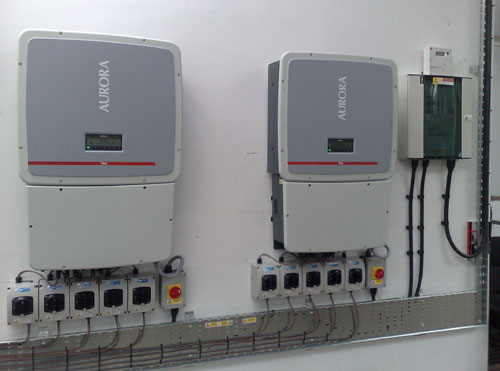 Photo of the pair of inverters that converts the low voltage DC current generated by the solar panels into standard 220/240V AC. The generation meter is shown at the top right of the photo.

Performance data from the inverters is available here.